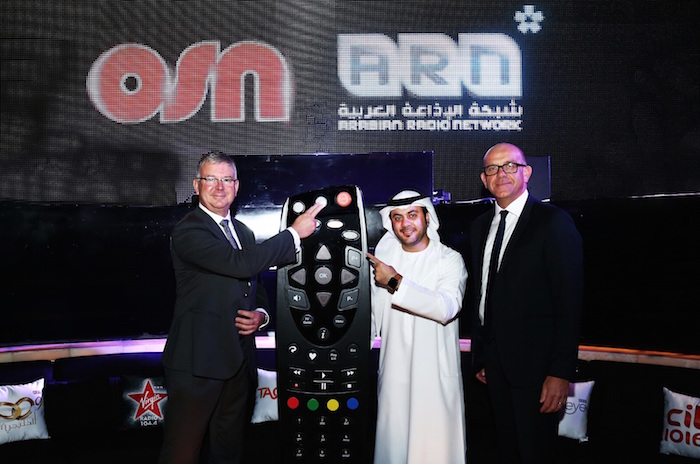 OSN subscribers in the UAE can now tune into all nine radio brands under the Arabian Radio Network (ARN) on their television.

This follows the signing of an agreement between OSN and ARN. Following the simulcast distribution agreement, access to the ARN Network will be added to each OSN subscriber package free of cost.

David Butorac, CEO of OSN, says in a statement: “Our simulcast distribution agreement with ARN is an industry-first in the region that provides a wider choice of entertainment for our subscribers in the UAE at no extra cost. It marks a compelling integration of content delivered via television, adding value to our subscribers, and enhancing the reach of ARN.”

Following the agreement, ARN’s prime-time programming will be available via multi broadcast media – radio, online, digital, smartphone and now, via live satellite TV. ARN’s advertisers can now reach out to their target audience via OSN.