Agency of the future: survival of the fittest
Insights Industry
Back

Agency of the future: survival of the fittest 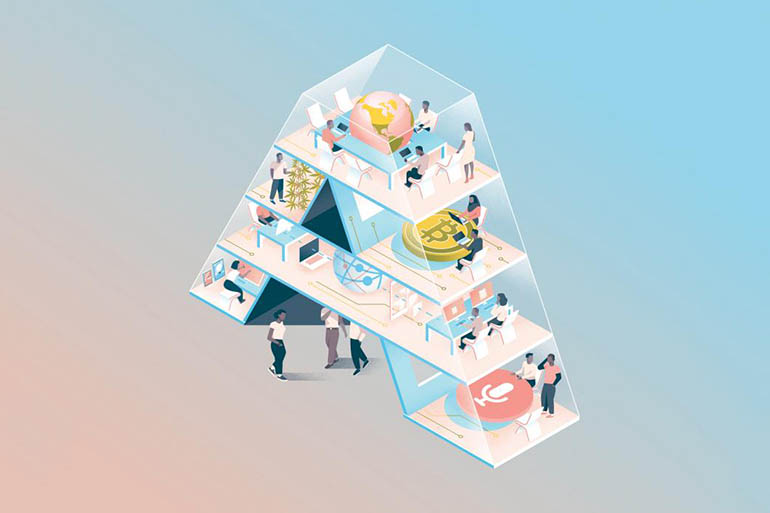 It was, of course, in 1859 that Charles Dickens wrote A Tale of Two Cities, which kicks off with one of the all-time great first sentences: “It was the best of the times, it was the worst of times.” The same year, Charles Darwin authored On the Origin of Species, which introduced the concept behind “survival of the fittest”.

The big question: What will agencies have to do to stay ahead of this incessantly shifting industry? And what does the agency of tomorrow look like, anyway?

Experts do agree that agencies will have to meet a number of incoming trends and challenges, from figuring out data and fighting for top talent to keeping up with consultancies and more.

“It’s the age of the customer, so what we have to look at is what customers will be doing, and then translate that into brands and then into what their partners will be doing,” says Brigitte Majewski, vice-president and research director for Forrester.

One of the recurring themes right now is around how customer data will keep transforming marketing. “Brands will need data strategy and the right technology to allow them to analyze data, and that’s where agencies come in,” says Majewski.

A lot of the more traditional agencies don’t rely on data since they’re so focused on creative, and that won’t work anymore, she adds. The future will be about marrying creativity with data, which means agencies will have to make sure they have staff on board that can dissect data in creative ways.

THROWBACK: Havas’ Yannick Bolloré on the ‘game-changing’ unification of creative and media

Andrew Essex, co-founder and former vice chairman and CEO of Droga5, who is now consulting, says that agencies will lose if they try to compete in the data space with tech giants like Facebook and Google. “The pendulum has to swing back to human ingenuity, like storytelling and ideas, which is where tech companies fall off,” he says.

This doesn’t mean that agencies shouldn’t be fluent in data, but they should look to collaborate with, not go up against, tech giants in this space.

The global brand strategies – read: consulting services – and creative that agencies deliver for clients will also have to be stronger than ever, according to Matt Ryan, CEO of Roth Ryan Hayes, who believes that marketers will bring more functions in-house in the next three to five years.

Transactional capabilities, like programmatic, SEM and SEO, and simple data gathering, can easily be shifted in-house to give marketers more control and drive efficiencies. This means that agencies will have to work hard to recruit talent, says Ryan. For example, top creatives would likely prefer to use their expertise at an agency with a variety of clients in a major city than at one brand based in a smaller market.

ALSO READ: Why PepsiCo manages e-commerce and social media internally instead of an agency and other marketing changes

However, marketers are typically known to pay better and are sometimes seen as more modern and savvy. Several creatives who jumped ship for the likes of Apple or Google have also said they felt they were selling ideas more than creating things at their agencies.

“Let [marketers] bring in the commoditized stuff and then agencies can go back to bringing big ideas. Marketers want that big thinking and they’re willing to pay for it,” says Nancy Hill, former 4A’s president and CEO, who recently created the consultancy Media Sherpas, aimed at helping agencies navigate the changing landscape.

At a time when many brands keep reducing fees and cutting back on agency rosters, it doesn’t always seem like they’re willing to cough up the dough.

Gene Grabowski, a partner at crisis communications firm KGlobal, says that clients don’t want to pay for unnecessary overhead anymore or talent they don’t need, which gives a leg up to smaller, independent agencies and freelancers. The smaller shops have cut out a lot of the fat that clients don’t want to pay for and they can make their own decisions since they’re not beholden to a parent company.

Larger agencies, Grabowksi adds, are trying to keep costs down for clients by going through mergers, such as Cohn & Wolfe and Burson-Marsteller, or creating a one-stop-shop offering like Publicis’ ‘Power of One’ model.

Majewski believes that niche agencies will eventually fade out and the shops that can do nearly everything under one roof will succeed. “Agencies will have to break down fragmentation because it hurts brands, and silos create communications challenges,” she says.

One thing seems certain: Midsize shops that lack the advantages of either small or large agencies may suffer the most.

Consultancies: Get used to them

That’s where the consultancies, like Deloitte and Accenture, may have an in. They may not have figured out the creative execution part of advertising for clients yet, but they already have established consulting relationships with marketers. With the data and rapport in place, “it’s only a matter of time” before they crack the branding and creative aspects, says Majewski.

MUST READ: Who’s winning the battle between suits and jeans?

“The consulting firms will absolutely play a big role in advertising in the future,” she says. “They are making a play for this space and they have the cash to do it. They’re here to stay.”

Essex thinks that agencies will continue to try to creep into the consulting space, but he doesn’t think it’s wise. “They’ll lose their differentiation in trying to provide those other services,” he says. “I believe in doing two or three things really well, rather than four things averagely.”

Kassan says that CMOs are zeroing in on consumer data and that data has to be actionable and fuel powerful stories, “or it’s just noise”.

From a compensation standpoint, he says that CMOs are rethinking agency KPIs and compensation around performance. “They will pay for innovation, but that innovation has to deliver ROI,” says Kassan. “The math around FTEs [full-time employees] will have to be more precise. The conversations can’t focus on bodies; they need to focus on outcomes.”

One of the issues with performance-based models is that the outcome can sometimes be out of an agency or marketer’s control. If a factory burns down and the compensation was based on the sale of those products, then the agency won’t get paid, says Ryan. Even though it’s still a risk, he says, if an agency agrees to a reduced flat fee with a bonus structure, at least it gets paid something regardless of the results.

READ: Good price or great strategy: what are clients looking for in a pitch?

Ryan also believes that more marketers will use “variable-pricing relationships” in the next few years, where one agency is retained for capabilities like consumer insights and strategy, but then projects are put into review. The retained agency, Ryan says, would also be put in the running for the projects, giving it a chance to make more money and showcase other skill sets.

Jump into the void

Some of the “obvious” areas that agencies should concentrate on to make sure they’re ready for the future include AI and voice, says Hill. “It’s important for agencies to figure this out because clients cannot possibly keep up with it.”

Bitcoin technology is worth looking into, Hill says. The good news for agencies that jump on the bandwagon is they will gather insights along the way and probably fail a few times too, but it’s worth it to “test and spend some money to learn,” she says.

Diversity and inclusion, however, won’t be an option for agencies of the future, says Hill – it will be “table stakes”. Young generations don’t talk about people as being black or white or gay or straight. “It’s not part of their lexicon,” she says, adding that they see everything transparently and they won’t let the industry get away with “gray areas” in marketing or employment around diversity.

The bottom line is that there is not one “right” model because marketers’ challenges and the technology landscape will keep changing. But if Essex had to bet, he says he’d put his money on creative excellence being the keystone for agencies of the future.

It’s not just Dickens and Darwin who are giving us that old 1859 déjà vu. On June 30 of that year, Charles Blondin crossed Niagara Falls on a tightrope. He may have been the first, but it certainly feels like there will be some perilous pirouetting in the months and years to come.