9 things you should know about the AT&#038;T-Time Warner deal
Insights Culture
Back 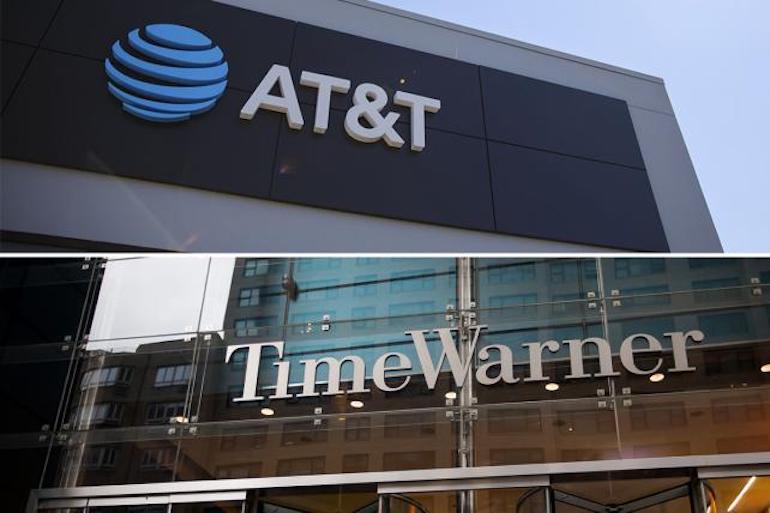 1. Wait, so what just happened?

US District Judge Richard Leon that an AT&T-Time Warner deal can proceed.

Essential background: In October 2016, A&T announced that it had agreed to buy Time Warner for $85 billion. But then Trump got elected. Trump made it clear, even before his presidency began, that he’s no fan of CNN, which Time Warner owns – and so various industry observers speculated that the Trump Administration would try to make trouble for the AT&T-Time Warner deal. That speculation proved spot-on because last November the Trump Justice Department sued to block the deal.

Fast-forward to today and Judge Leon’s ruling, which is a major blow to the Justice Department.

2. Was that the anticipated outcome?

Actually, nobody was quite sure what to expect. As Bloomberg‘s David McLaughlin noted, “Leon, who has been on the bench since 2002, has a reputation for courtroom drama and for being unpredictable.”

DOWNLOAD: Did audiences love or hate your Ramadan campaign? Find out in this exclusive report

3. So the judge didn’t buy the Trump Administration’s antitrust argument?

Apparently. We’ll have to wait for the full written text of the ruling to be released to get all the details, but to put this legal battle in context, as The Washington Post‘s Brian Fung wrote as it began, “The move by the Justice Department’s antitrust division is unusual because it challenges a deal that would combine two different kinds of companies – a telecom with a media and entertainment company. Antitrust officials are relatively untested in the courts on opposing such deals and have rarely tried to squash them.”

… DOJ lawsuit is a radical and inexplicable departure from decades of antitrust precedent. Vertical mergers like this one are routinely approved because they benefit consumers without removing any competitor from the market. We see no legitimate reason for our merger to be treated differently.

4. The illegitimate reason was, presumably, President Trump playing politics and attempting to punish CNN by proxy?

The White House, of course, denies that politics played a part—and yet Trump lawyer-saboteur Rudy Giuliani basically admitted as much, if only briefly.

READ: Win an Infiniti this World Cup if the match ends with this score

5. So what happens next? Is the DOJ expected to appeal?

Short-term: “While a stinging loss, the Justice Department could still stop this merger,” as per the New York Post‘s Josh Kosman. “It is expected to appeal and ask for a stay – a delay that could stop the deal from closing for four to six months while an appellate court ponders a decision, legal experts said. And that could be enough to rock the deal off its foundation, sources said, as the AT&T merger agreement expires on June 21 and Time Warner could ask for more money – or seek a different suitor.”

But hold up: here’s the word from inside Time Warner, from CNN media reporter Brian Stelter:

Unless the DOJ somehow wins a stay, which appears unlikely, AT&T’s acquisition of Time Warner will take effect next week. Likely Monday. CNN will be owned by a wireless giant.

The combined AT&T-Time Warner would be the nation’s second-largest advertiser, according to Ad Age Datacenter with an annual advertising spend of $5.2 in the US in 2017.

6. Time Warner is rebranding to avoid any confusion

Time Warner will get a new name under new owner AT&T: WarnerMedia.

The business, which includes HBO, Turner Broadcasting and the Warner Bros. studio, was christened with the moniker in an internal memo obtained by Bloomberg.

The name change means one of the most iconic names in media history – Time – is nearly gone. In 1989, Time Inc., the magazine giant, merged with Warner Communications Inc., a film, music and cable business, to form Time Warner Inc. – then the world’s largest media and entertainment conglomerate.

Since then, the company has been split up and sold off. After being spun off, Time Inc. was acquired last year by magazine publisher Meredith Inc. Time Warner Cable was sold in 2016 to the cable giant Charter Communications Inc. And even Time magazine itself is close to being sold by Meredith.

READ: Speaking of rebrands, did the IHOP to IHOb gimmick work?

In his memo, Stankey said AT&T decided to change the name because people were confused between Time Warner, the media company, and Time Warner, the former cable company, even though Charter has renamed that business Spectrum.

As part of the changes, Turner CEO John Martin will be leaving the company – a widely expected move.

AT&T executive John Stankey will now be running WarnerMedia, which has offices in New York and Los Angeles. Other Time Warner executives leaving include Howard Averill, the chief financial officer, and Gary Ginsberg, head of communications. Time Warner CEO Jeff Bewkes will stay at the company during a transition period.

8. What does this mean for the M&A market in general?

As Celia Kang writes in The New York Times’ account of the ruling, Judge Leon’s decision “is expected to unleash a wave of takeovers in corporate America.”

9. Is Trump freaking out about this?