6 critical moments from Mark Zuckerberg&#8217;s day in the Senate
Insights Industry
Back

6 critical moments from Mark Zuckerberg’s day in the Senate 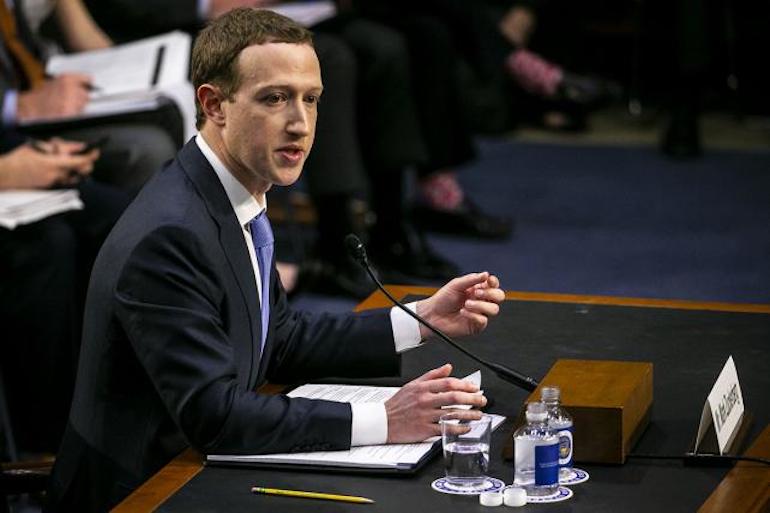 Mark Zuckerberg sat with a joint Senate committee of more than 40 senators in the first of two congressional hearings planned this week. He was called to answer questions about data analytics company Cambridge Analytica making off with data on up to 87 million Facebook users.

Cambridge Analytica is being investigated in the US and UK for its role, via Facebook, in the 2016 presidential election and the 2015 Brexit referendum, and has been accused of employing underhanded tactics to influence the outcomes. Now Facebook is reworking its data-sharing policies with outside companies in ways that will impact the ad industry and app developers as a whole. Zuckerberg was on Capitol Hill to face some tough questions about the company’s practices, and what it’s doing to prevent future data leaks and protect user privacy.

Here are the key moments from Zuckerberg’s day in D.C.:

“This is a unique hearing,” said Sen. Chuck Grassley of Iowa, chairman of the Senate Judiciary Committee, as he kicked off the afternoon of testimony. Grassley said it was unusual to have a lone CEO of one of America’s largest companies facing nearly half the Senate in a joint committee hearing.

“So many people are worried about this incident and what it says about how Facebook works,” said Sen. John Thune of South Dakota, who co-hosted the hearing as chairman of the Commerce, Science and Transportation Committee.

Thune also said that Cambridge Analytica would be brought to Congress in subsequent hearings.

Of course, this is still unknown. “We’re now conducting a full investigation into every single app that had access to large amounts of information,” Zuckerberg told Grassley in the opening round of questions.

ALSO READ: Is it too late for Facebook to start auditing developers?

Zuckerberg told senators that Facebook has already banned a number of apps for improperly transferring data similar to Cambridge Analytica. “I don’t have all the examples of apps that have been banned here,” Zuckerberg said, but he promised to provide a list to senators. Lots of his responses, in fact, were about having his team get back to the senators with information that actually answered the questions.

“Are you actually considering having Facebook users pay for you not to use that information?” asked Sen. Bill Nelson of Florida, referring to the personal data that underpins Facebook’s ad targeting business. The question came as the senator pursued a tough line of questioning about how Facebook uses personal data to target ads. He raised an interview that Facebook COO Sheryl Sandberg gave to NBC, wondering whether it suggested that Facebook would collect personal information and then charge users not to use it in ads.

READ: Concerned about brand safety? Well, you get what you pay for

Zuckerberg basically denied that characterization. “What Sheryl was saying was that in order not to run ads at all we would need some other business model,” Zuckerberg said, explaining that she was talking about a theoretical ads-free Facebook, not a Facebook experience where users paid to be exempt from data-driven targeting.

Senators wrestled with how much regulation, if any, is needed to govern the tech industry, and whether new laws are in order. “Every lobbyist in town is involved in this hearing one way or another,” said Sen. Dan Sullivan of Alaska.

Sen. Edward Markey of Massachusetts brought up a bill he introduced with Sen. Richard Blumenthal (D-Conn.) to protect the personal information of American consumers. Called the Customer Online Notification for Stopping Edge-provider Network Transgressions (CONSENT) Act, the legislation would require the Federal Trade Commission (FTC) to establish privacy protections for customers of providers like Facebook and Google. It would follow Europe’s General Data Protection Regulation (GDPR), which takes effect in May. Zuckerberg has said that Facebook would offer the same protections to US users voluntarily, but has stopped short of supporting the same laws in the US

READ: 70% of marketers are unaware of the implications of GDPR

Facebook is already operating under a regulatory agreement put in place by the FTC in 2011. Blumenthal said he thought the company was in breach of that deal.

“My understanding is not that this was a violation of the consent decree,” Zuckerberg said.

Investigators are looking into whether Cambridge Analytica’s ill-gotten Facebook data was used by Russians to more effectively target people with Facebook posts. “We’re investigating that now,” Zuckerberg told senators. “We believe that it is entirely possible that there will be a connection there.”

“Yes or no, does Facebook use audio obtained from mobile devices?” asked Sen. Gary Peters of Michigan. It’s the ultimate Facebook rumor, and it keeps spreading online – that Facebook is listening to what you say and delivering ads based on those conversations.

Zuckerberg called it a “conspiracy theory,” and simply said, “No”.