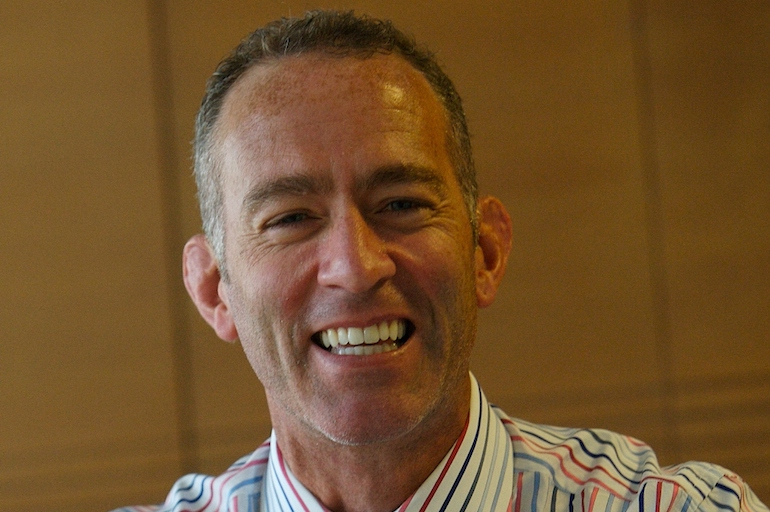 Ever since the 26th February Oscars gaffe – the biggest fiasco in the Academy Awards’ 89-year history – the Internet has been buzzing. At this year’s ceremony, Faye Dunaway and Warren Beatty mistakenly announced La La Land as the winner of the Best Picture Award, and chaos ensued.

Dunaway and Beatty were given the wrong award envelope to announce Best Picture during the ceremony, and La La Land producers Jordan Horowitz and Marc Platt were two minutes into their acceptance speech before anything was done to remedy the situation. Eventually, another one of the film’s producers, Fred Berger, revealed: “We lost, by the way… but, you know, there’s a mistake.” Horowitz, who rudely snatched the correct card from Beatty, confirmed the same to the auditorium and live TV audience.

Accountancy firm PricewaterhouseCoopers (PwC) has been responsible for tabulating the Oscar ballots for more than 80 years. As usual, two of the firm’s employees stood backstage with separate briefcases containing the award envelopes, which were handed to the presenters before they appeared onstage. Martha Ruiz and Brian Cullinan were responsible for the backstage PwC job at this year’s ceremony. 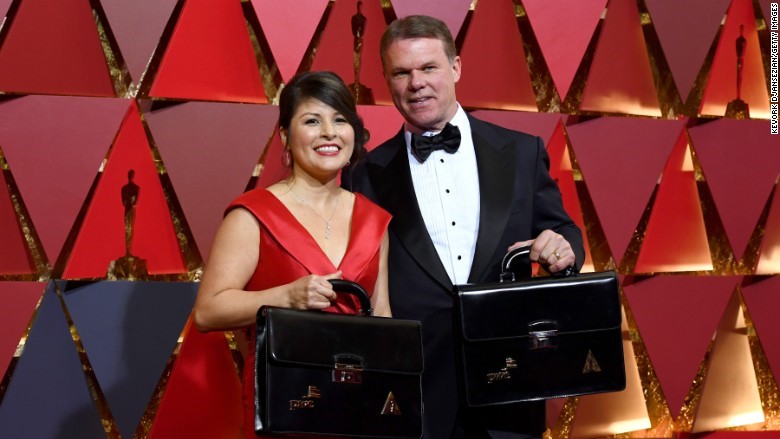 While standing backstage, Cullinan was reported to be tweeting only moments before handing the envelope to Beatty, according to Variety Magazine in the USA. It has been suggested that this distraction led to the envelope mix-up. 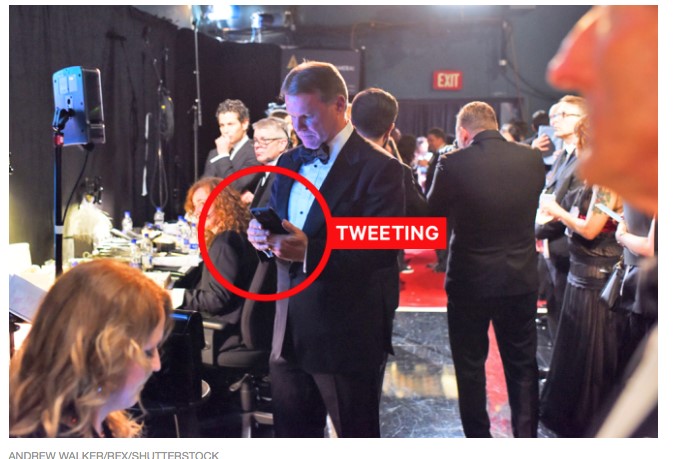 Following the mistake and subsequent correction made live on-stage, there was a parade of comedy and conspiracy-theory posts and tweets, such as: 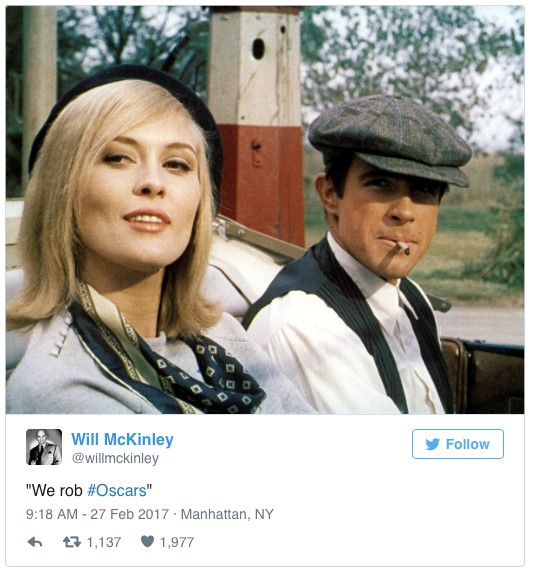 When the dust started to settle, the public received official responses from the Academy and PwC. Both were strong statements of regret, apology, and responsibility, with the Academy statement including:

“We deeply regret the mistakes that were made…during last night’s Oscar ceremony. We apologize to the entire cast and crew of ‘La La Land’ and ‘Moonlight’ whose experience was profoundly altered by this error. We salute the tremendous grace they displayed under the circumstances…For the last 83 years, the Academy has entrusted PwC to handle the critical tabulation process, including the accurate delivery of results. PwC has taken full responsibility for the breaches of established protocols that took place during the ceremony. We have spent last night and today investigating the circumstances, and will determine what actions are appropriate going forward…”

PwC followed suit with a statement including:

“PwC takes full responsibility for the series of mistakes and breaches of established protocols during last night’s Oscars. PwC partner Brian Cullinan mistakenly handed the back-up envelope for Actress in a Leading Role instead of the envelope for Best Picture…Once the error occurred, protocols for correcting it were not followed through quickly enough…We are deeply sorry for the disappointment suffered by the cast and crew of ‘La La Land’ and ‘Moonlight’…For the past 83 years, the Academy has entrusted PwC with the integrity of the awards process during the ceremony, and last night we failed the Academy.”

After PwC issued its apology, all Oscar night tweets vanished from Cullinan’s account, including this: 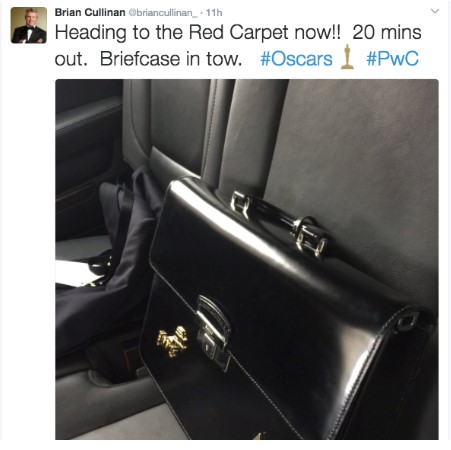 Putting aside the disappointment of the La La Land crew and the tidal wave of Twitter jokes, for me, this event raises the important issue of organizational reputation, in this case for the Academy but more importantly for PwC.

However, as an accountancy firm, PwC is expected to be 100 percent accurate. The company is hired to ensure that processes and systems are put in place to avoid mistakes and errors, and to have failed in this task in such a public manner is regrettable indeed. Unfortunately for PwC, this breakdown in process was seen by millions of people around the world and then amplified on social media; an immediate hit to their reputation.

Perhaps the view on PwC is best summed up by this recent online comment:

“You had one job PricewaterhouseCoopers. One Job.”

The Oscars represent just a small part of PwC’s nearly $40 billion in revenue, but from a reputation perspective, the 2017 gaffe will be of significance in the short term. People are going to be talking about this for some time, and will remember that PwC made the biggest error in Oscars history. That being said, social media offers up new treats every day and this too shall pass.

Taking a long-term view, this is not likely to do massive damage to PwC’s reputation. The company handled the gaffe as any crisis situation should be handled, which is by taking full responsibility, admitting mistakes, apologizing, and thanking. What they have failed to do is clarify what will be done to prevent this from happening in the future, although I suspect that may be somewhat premature given that the Academy may re-evaluate its partnership with PwC (and indeed hinted at this in its statement).