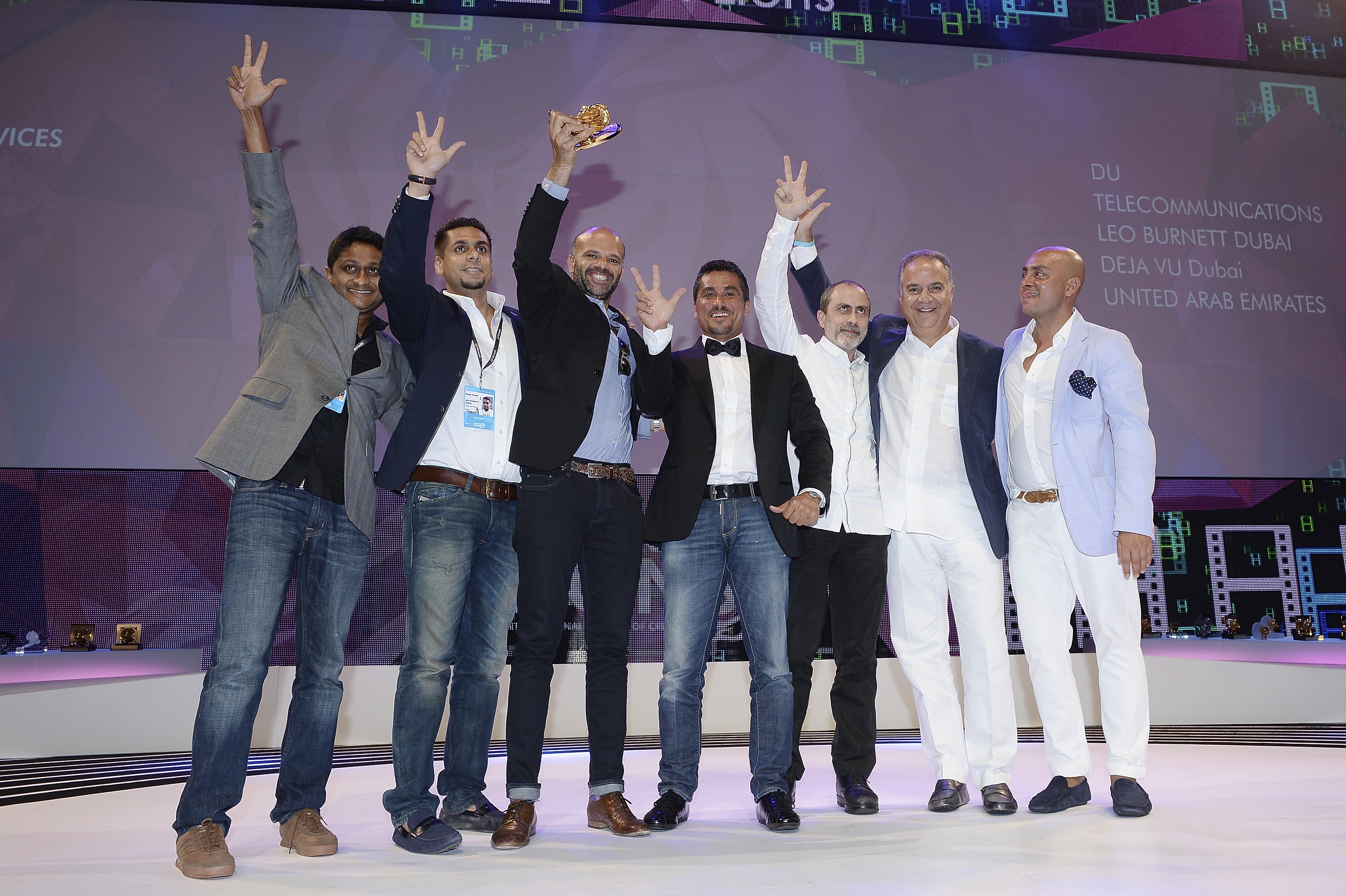 The campaign’s winning films, ‘Too Complicated” and ‘Too Depressing”,  were created by Leo Burnett Dubai, and competed against 2,838 entries in the film category, which were judged by 17 international juries from 44 countries.

Commenting on the win, Osman Sultan, CEO at du, said: “To receive such a recognition at an event as prestigious as the Cannes is a clear sign of our nation’s ability to compete and win on a global scale.”

Du Tuesday is an initiative launched by du in February 2014, through which all du mobile customers receive a complimentary second ticket when buying a ticket for any film showing at VOX Cinemas in the UAE. The “Tuesday” films, ‘Too Scary”, ‘Too Boring”, ‘Too Depressing” and ‘Too Complicated”, used a humorous tone to shed light on the importance of indulging in a shared movie experience.