According to a YouGov study of more than 1,000 residents, commissioned by MEPRA, print publications are the most trusted source of news for products and services (48%), followed by both, TV and radio at 44%, and blogs coming in as the least trusted at 39%. 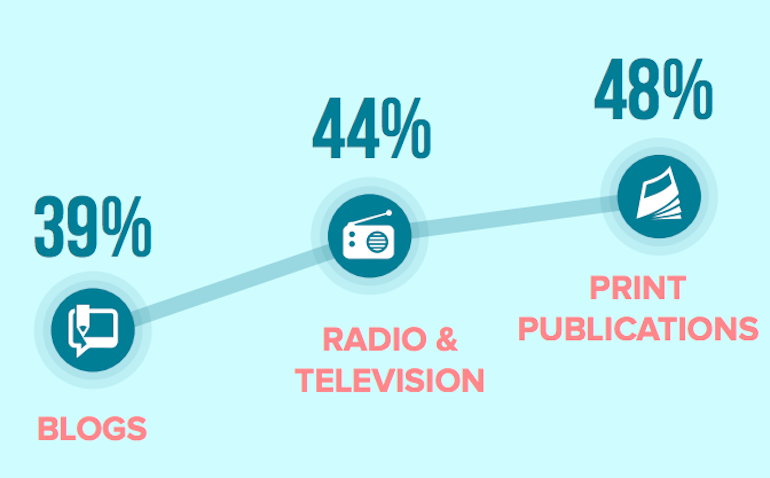 But, 50% said they have little trust in what they see on social media.

ALSO READ: How much do people trust influencers when buying products and services?

Newspapers were the second-most important source of information for 50% of the respondents, followed by television (45%) and radio (41%).

Continue Reading
You may also like...
Related Topics:Advertising, news, trust in advertising

What’s the real influence of an influencer?
Which advertising channel is the most trusted in the UAE?